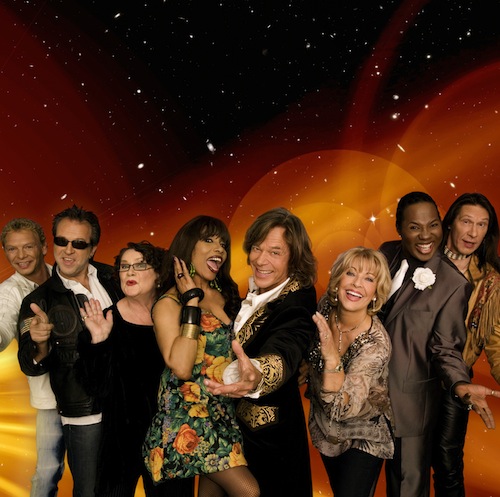 2007 was the year of the comeback of the once most successful choir in Germany - the Les Humphries Singers. In addition to the 4 members from the initial formation in 1969, Jürgen Drews, Peggy Evers-Hartig, Tina Kemp and Judy Archer, 4 other singers have joined, who - then as now - complement the choir perfectly vocally: David A. Tobin, Chris Dakota , Jay Jay Van Hagen and Willy Meyer, who produced LES HUMPHRIES SINGERS REUNION at his studio in Mallorca. Exactly 40 years after the first formation of the choir "Les Humphries Singers", these 8 artists represented the singers of the "Reunion".

The title of the album, which was released on May 8, 2009 under the major label Universal as a TV-advertised sound carrier, could not have been better with "Back in Time". On the record, which is no longer made of vinyl but now shines silver, there are not only their own huge hits "Mama Loo", "Mexico" and "Kansas City", immortal songs like "California Dreaming", the danceable "That's The Way". I Like It", "We Are Family" or the upbeat anthem "You Can Get It If You Really Want". The album is rounded off with "River Deep - Mountain High" by the Supremes, "San Francisco" by Scott McKenzie, Norman Greenbaum's "Spirit In The Sky" and other evergreens. In addition, the listeners of this feast for the ears can look forward to a "hidden track". Founder of the original choir Les Humphries, who passed away in 2007, would certainly be proud of his protégés.